The instruments entered the Grange Hall on Thursday evening: a ukulele, a rusty bugle, two guitars and a clarinet to name a few.

It was the arsenal of TCD, the 1970s acoustic band reunited on stage in West Tisbury to pay tribute to Island musician, producer, chef and friend Charlie Esposito.

Mr. Esposito is the recipient of the 39th annual Creative Living Award, presented to him at a ceremony Thursday by the Martha’s Vineyard Community Foundation. There, before the band took the stage, friends from different phases of Mr. Esposito’s life on the island took the stage to honor and thank him for his legacy.

The Foundation’s Executive Director, Emily Bramhall, presented the award, established through a gift from Ruth J. Bogan. The award was created to honor his spirit, Ms Bramhall said, a spirit that Mr Esposito embodied with his “wide range of creativity and talent”.

Mr. Esposito moved to the island in the late 1960s playing with his band TCD. After a stint shelling Menemsha scallops, it has become a staple at the Black Dog Tavern.

“Black Dog in the ’70s was like little Ellis Island,” said Lynne Irons, one of her many former colleagues in attendance that night. “Everyone who’s been to the island has been there.”

At Black Dog, Mr. Esposito rose to fame for Chinese Night, created out of nostalgia for the New York Chinese food he left behind.

“It was hours and hours of spring rolls,” said an emotional Matt Castro, as the smell of Mr. Esposito’s homemade spring rolls wafted through the air. 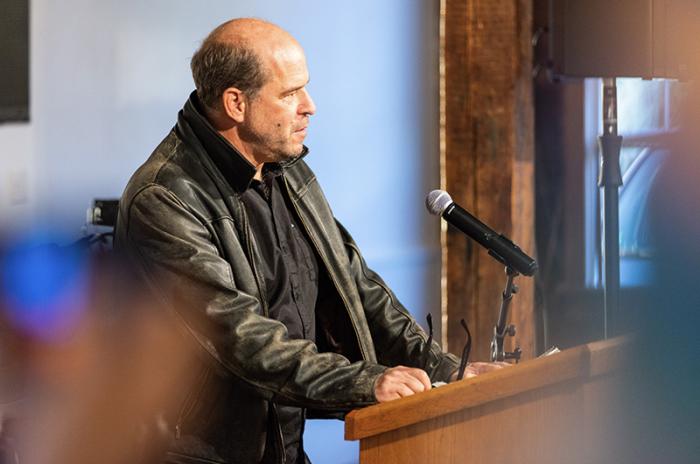 Ms Irons summed up the moment: “Charlie, it’s been a long and strange journey.”

Jeremy Berlin, the island musician who nominated Mr. Esposito for the award, spoke of the days when Mr. Esposito recorded and produced island bands in his studio in the basement of the Educomp building. Mr Berlin praised his “incredible reserve of patience” and his ability “to always have valuable insight”.

Mr Berlin recalled that one day, when he heard his music on the radio, he didn’t even recognize it – a testament, he said, to Mr Esposito’s production skills .

“He was kind of a wizard with a razor blade, literally cutting the tape,” he said. 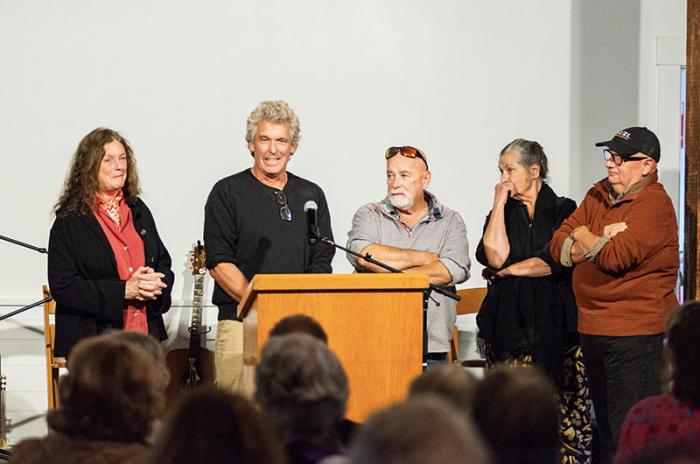 The mic then passed to Brooke Ditchfield, who recalled their long history with the performing arts. She recalled the first show she directed in high school, Into the Woods, where Mr. Esposito faked a shadow effect to create the illusion of a giant. It started a pattern, Ms Ditchfield said, where she said, “Charlie, I have this crazy idea, do you think we can…?”

“He would always respond with a simple ‘sure,'” she said.

Ms Ditchfield also spoke of the many “life-changing mentorships” he engaged in in high school and his pivotal role in establishing the Performing Arts Center.

“He encouraged and inspired everyone around him,” she said. “He had an incredibly positive impact.

Accepting the award from Foundation Co-Chair Julie Fay, Mr. Esposito told some of his own stories: the time he passed an art exam with 20 blank slides on the fly, his accidental anger at Walter Cronkite and road trips in search of Sichuan Pepper for the Chinese night. The audience then had the chance to sample Mr. Esposito’s imperial rolls as the group warmed up. 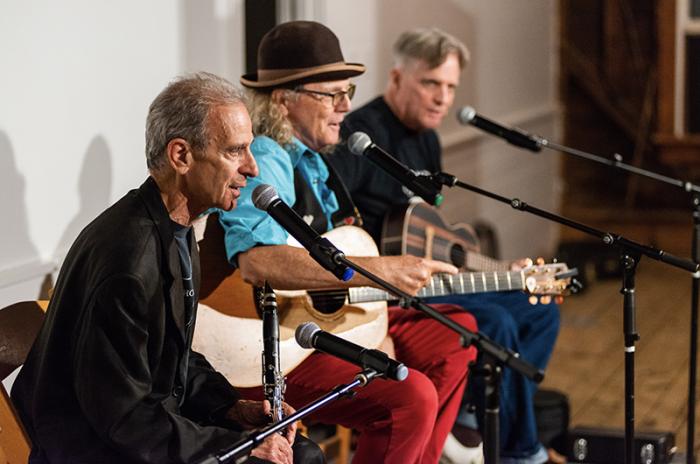 TDC is back! — Ray Ewing

TCD stands for Mr. Timothy Charles Duane, the island band that Mr. Esposito formed with art school buddies Timothy Maxwell and Duane Spencer, the latter of whom flew in from Nashville for the reunion.

A TCD concert is unpredictable. They played catchy folk songs including Holy Moly, humorous ballads like Squibnocket and an a cappella jingle. Later they performed Holy Moly again, but in reverse.

There were no encores that night – the trio played all the songs they could remember. And then Mr. Esposito blew a final note on the clarinet.

All artists and songs from episodes 5 ...